John O’Hara, Attorney in Portland and the Pacific Northwest 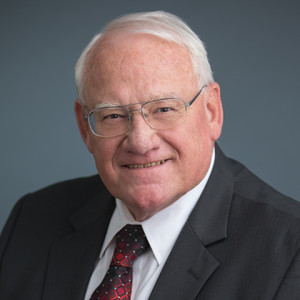 After 50 years in practice, John O’Hara retired on December 31, 2021. A member of Warren Allen LLP since 1992, John graduated from Gonzaga University and  the University of California Hastings College of the Law in San Francisco. Subsequent to his service in the armed forces as a Military Police officer, he returned to the Portland area where, after a stint with the Clackamas County District Attorney’s Office, John entered private practice.

During his career at Warren Allen LLP, John was the head of the firm’s personal injury litigation department. With decades of experience as a litigation attorney, John was a great mentor to many of the litigators practicing law at Warren Allen LLP today. John also enjoyed a  thriving estate planning and probate practice that has continued at the firm after his retirement. John  still maintains close relationships with his partners at Warren Allen LLP

Mr. O’Hara is active in civic, church, and community commerce groups. He also enjoys maintaining his old cars, playing guitar, and spending time with his four children, his two grandchildren and wife of over 50 years.

Get The Legal Help You Need